Games
About Us
Buy Prints
Blog

Inspired by the excellent 8,760 hours guide we've written a recap of last year: what went well, what didn't, where we tried hard and where we didn't.

We'll always have Paris was the project that dominated our 2022. It was an artistic project, undertaken purely for the joy of making it. We loved developing it, and...

1.0.5 update for We'll always have Paris

We just sent out the 1.0.5 update of We'll always have Paris. There are no big changes, it just fixes a small typo, and a crash that could occur if the game could find no sound devices. We've only managed to reproduce the crash on Windows, but it may have affected other systems as well.

We're just back from an amazing weekend exhibiting We'll always have Paris at AdventureX in London. It was inspiring to meet so many narrative game lovers and just generally lovely, like-minded people! We're immensely grateful to the organisers and to anyone who stopped by to chat to us and play our game. We had a ton of fun and hope to do it...

Streaming to Steam from the command line with ffmpeg

We were lucky enough to show We'll always have Paris in the AdventureX Steam event last week. We've participated in a few Steam events now, and as the event stream has so far been the largest part of staying visible during an event, it has been a focus for us. It is possible to stream live, but like most developers we streamed...

We'll always have Paris is...

We're feeling chuffed to have finally updated our website.

We've done this as the site was originally written for Sarawak, but since creating it we've set up our Etsy shop, and we are now getting ready to release the mobile version of Sarawak as well as the announce trailer for our next game We'll always have Paris.

This redesign makes it easier...

Sarawak is now out

A few years of researching, writing, editing, programming, editing, illustrating, and then some more editing, and somehow here we are releasing Sarawak to the world.

Sarawak is a narrative adventure game that takes you from the dreaming spires of Oxford to the jungles of Borneo as you make interactive choices and solve puzzles in a story that blurs the boundaries...

Sarawak is launching on Steam on the 28 January!

We're excited to say that Sarawak is in the very final stages of testing, ready for our Steam release on the 28 January. It will be playable on Windows, Linux and macOS for now.

A giant thank you goes out to a long list of supporters and beta testers for all their help and...

Sarawak update: The cogs are spinning!

We reached an important milestone this week. The words have been written, the puzzles created, the characters drawn, major bugs exterminated. That can only mean one thing: Sarawak is now playable from start to finish. 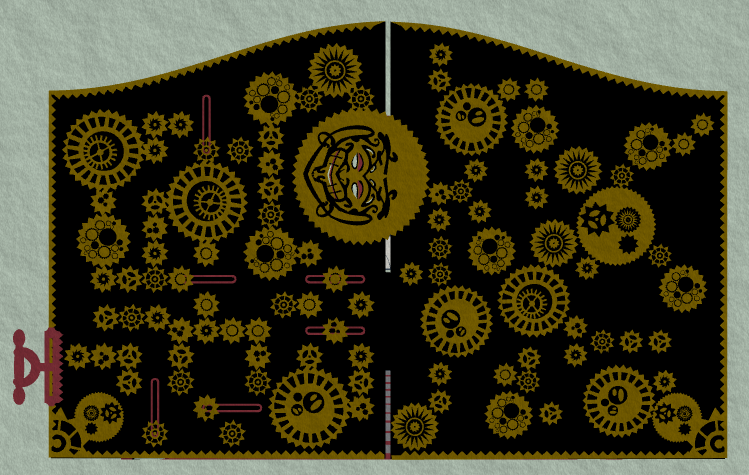 We told ourselves we'd take a week off to celebrate and take a bit of a breather. Our trip to Malta that we had...

Progress has been swift on Sarawak, and I am excited to announce and share the first trailer:

Sarawak is a text-based narrative adventure in which gameplay is split between interactive choices and image-based puzzles. It will release for Windows, Linux, and macOS early in 2021, and on Android and...

Midnight at the cafe

The night belongs to the poets and the madmen

It is midnight at the cafe.

Wisps of cigarette smoke dance in a cloud above the tables, to the hum of background chatter in a language I do not understand. Jet lag may have initially brought me to this little Kyoto cafe, but now I return ostensibly to write. The real reason...

The resident musicians at the Hotel Nacional de Cuba had a job to do, and the howling winds and lightning strikes were not going to stop them. We sipped our beers by the pool as they sang a pitch perfect rendition of Chan Chan, the rain trickling down the rim of their hats.

What a place. The hotel has so much...